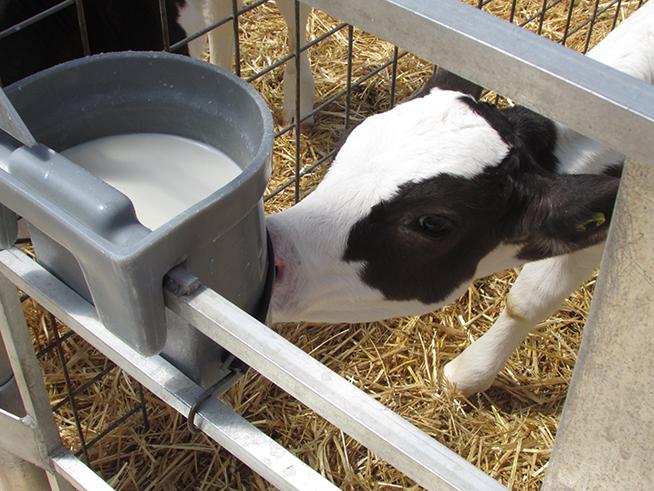 Most researchers agree that the calf’s ability to digest nutrients from milk or milk replacer is somewhat limited early in life.  The intestine is still developing in the first few weeks of life, and production of some digestive enzymes increases with increasing age.  Thus, the calf doesn’t obtain all the nutrients available in liquid feeds for a period of time after birth.

How much does digestion change and when does it reach “mature” levels?  Well, that’s not completely clear.  The 2001 Dairy NRC cited a couple of studies and suggested that for the first 3 weeks or so, digestion of nutrients in liquids may be lower than optimal.  Others (e.g., Guilloteau and researchers at INRA) concluded that digestibility increases to about 5 weeks of age.  We wanted to determine more closely what this change in digestion looked like, so we conducted a meta-analysis of published literature data to calculate how digestibility changes in the newborn calf.

The manuscript is available in the Journal of Dairy Science Communications.  You can access the PDF version here.  It’s “open access”, so it’s freely available to anyone.

We collected research available in the scientific literature that reported total tract digestibility in calves fed milk or milk replacer from 4 to 76 days of age.  We found a total of 12 publications that met our criteria and used the reported values to conduct our analysis.  All of the details of the individual studies are in the manuscript.  We had enough data to analyze digestibility of dry matter, nitrogen, and a limited number of means for digestibility of fat.  We did a “broken-line” regression to determine nutrient digestibility at birth, when the change in digestibility ceases (i.e., reaches maturity), and the rate of change.  Again, more details are available in the paper. 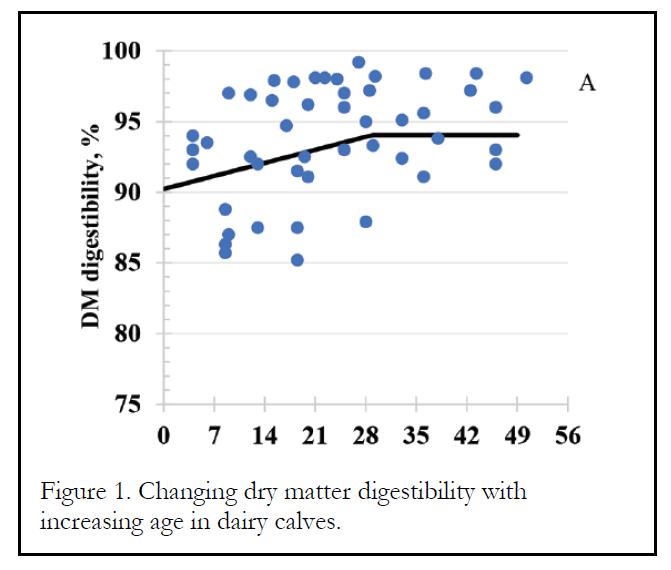 The maximal estimated digestibilities are similar to those estimated by others, including the 2001 NRC, which uses nutrient digestibility to calculate the metabolizable energy content of milk and milk replacer.

Also, the ages we found for reaching “mature” nutrient digestibility (also called the asymptote) for DM, N, and fat (29, 29, and 32 days of age, respectively) are intermediate between estimates in the literature of 3 to 5 week. Our asymptotes were at about 4 weeks of age. 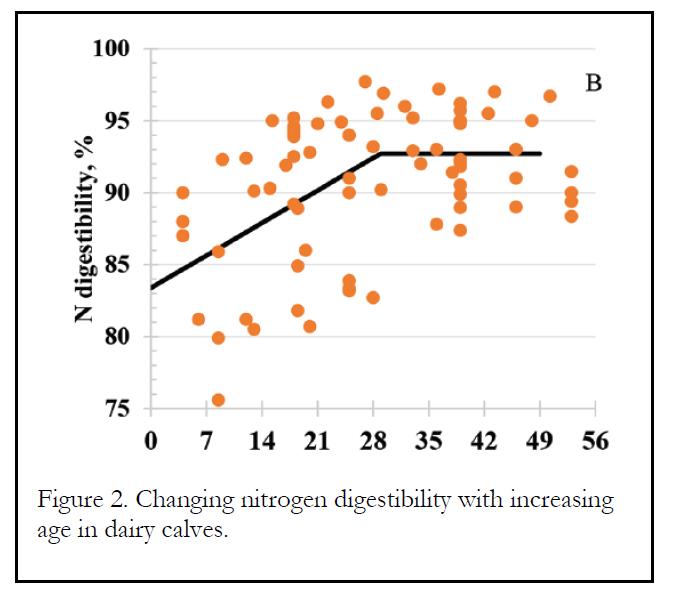 There was significant variation among the variables we measured, as can be seen by the scatter of individual measurements in the Figures. The research we collected used varying sources of liquid (milk, milk replacer) using different ingredients, under different conditions, etc. The value of a broken-line regression is the ability to determine the relationship within all of the data. Of course, the digestion by individual animals may vary, but in general, our findings should be applicable to a wide range of calves under a wide range of conditions. 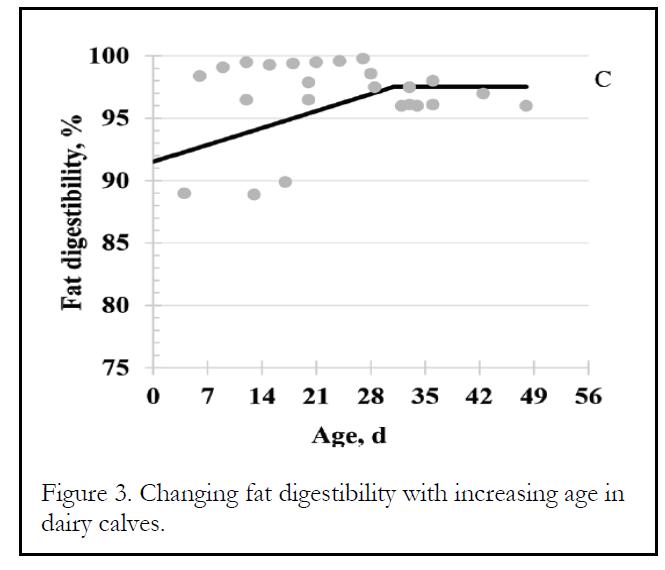 This information will help us to formulate rations for young calves and to predict growth rates when calves are fed varying amounts of liquid prior to weaning. We can include equations like this one into more complex models of digestion to better understand the complex interactions of liquid and dry feeds in the first few months of the calf’s life, and better formulate feeding programs for optimal growth.